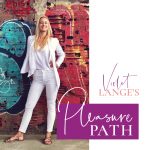 Whether you are a survivor of sexual abuse and exploitation or not, you probably know someone who is. This is a systemic issue that I’m passionate about changing, and I’m doing a matching campaign for my birthday to support CAASE, the Chicago Alliance Against Sexual Exploitation. Join their executive director Kaethe Morris Hoffer in this important episode. Bio: Kaethe Morris Hoffer, Executive Director

Kaethe became CAASE’s Executive Director in 2013. She previously served as CAASE’s Legal Director and Deputy Executive Director since 2009, when a legal services and policy advocacy not-for-profit that she founded became part of the organization.

Kaethe has been working against sexual inequality and sex-based violence for more than twenty years, engaging in feminist advocacy and litigation in many venues. Examples of Kaethe’s past work include the following: Internationally, she represented Equality Now in United Nations proceedings that created the international law against sex trafficking, and served as project manager for a precedent-setting civil lawsuit led by Catharine MacKinnon on behalf of survivors of Bosnian-Serb rape death camps. At the state level, Kaethe served on Governor George Ryan’s Commission on the Status of Women in Illinois, through which she co-authored the Gender Violence Act, and assisted in the development and passage of the Civil No Contact Order Act and the Victims’ Employment Safety and Security Act. Locally, Kaethe served as an Assistant to the Mayor in the Daley Administration, directed federal affairs for the AIDS Foundation of Chicago, and represented low-income women at the Legal Assistance Foundation of Chicago. Kaethe is a current member of the Illinois Council on Girls and Women, and a past member of the American Bar Association Commission on Domestic and Sexual Violence and the Cook County Women’s Commission. She served on Barack Obama’s Presidential Campaign Policy Advisory Committee on violence against women issues.

In recent years Kaethe has been recognized by the Chicago Foundation for Women (Impact Award) and the YWCA Evanston/North Shore (YWomen Leadership Award). Kaethe is a graduate of Swarthmore College and the University of Michigan Law School.

For my birthday this year, I will be MATCHING all donations, and a CAASE donor will be matching them too so if you give $100 it’s actually $300 that goes to them! Triple your impact! Donate now leading up to my bday on 8/17. 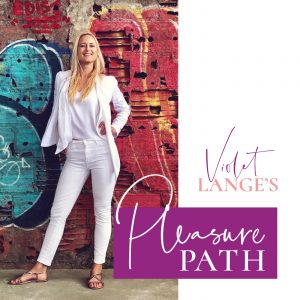 A podcast on love, dating, relationships, and femininity by expert Violet Lange. Learn how to attract an incredible partner, build a passionate relationship, and love and honor yourself.

Get podcast episodes, blog posts, and more delivered straight to your inbox.

You have Successfully Subscribed!